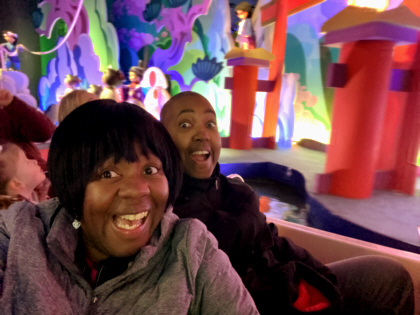 I left the final full day of our trip as a free day. My backup plan was to take the train to the city of Chartres to see its famous cathedral but I figured we would probably be all 'cathedraled-out' by this point in the trip. I was right. This time, Traci came up with a way to spend our final day – Disneyland Paris. Figuring out a way to get there and back while the strike was still in effect was a bit of a challenge. For us, it was ParisCityVision to the rescue again. They had a roundtrip shuttle for 19€ (approximately $21 U.S.) per person that drops you off at the park when it opens and picks you up after closing. Disney’s winter hours were 10 AM to 6 PM at the time.

Traci booked the ParisCityVision shuttle tickets two days before and found some tickets online that gave access to both Disney parks for 85€ (approximately $93 U.S.) per person. She had to get the front desk of our hotel to print the tickets for us.

On the day of our excursion, we needed to check in at the ParisCityVision office by 8 AM for our 8:30 departure. By now, Traci and I were pretty comfortable with taking the metro line 14 from our hotel to get to the ParisCityVision office. We got there early enough to check in and walk around the corner to get croissants and hot chocolate from McDonald’s. Who would have thought the best croissants we had in Paris were from McDonald’s?

We boarded a double-decker ParisCityVision bus for the 50-minute ride to Disney. Along the way, a guide gave instructions for our evening pick-up in an impressive four languages! The park would close at 6 PM and we needed to be back on the bus by 6:45 PM.

It was a long walk from the bus drop-off in the Nemo parking lot to the park entrance. I don't think the weather forecast of 50°F was accurate. It felt much colder. It was a cold, damp, overcast day. Fortunately, it was not raining but the ground remained wet the entire time as if there had been a heavy downpour the night before. 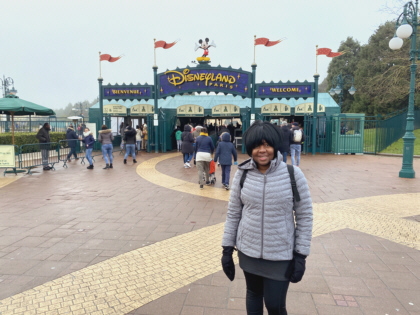 There were more people in the park than I was expecting to see on a Tuesday in January but it was not jam-packed. Most of the rides had a wait time of 15 minutes or less - the exceptions being a few rollercoasters and the Peter Pan ride for some reason that had wait times of an hour or more. For Traci and me, our rollercoaster days are pretty much behind us. We rode a few classic Disney rides such as It’s a Small World and the Haunted Mansion. I rode the Indiana Jones and the Temple of Peril rollercoaster because it only had a 5-minute wait. The funny thing about this one was that I did not realize it had a loop that takes you upside down until I got on it. It was a fun ride. 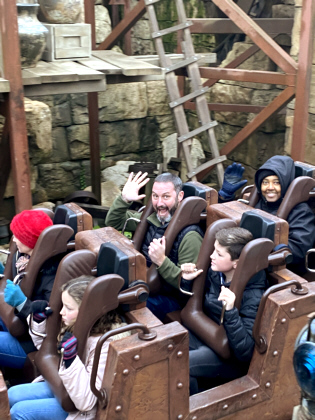 riding the Indiana Jones and the Temple of Peril Rollercoaster

We spent the rest of the time exploring the park. We were kind of surprised by all the cigarette smoke despite signs indicating smoking is not allowed. Then again, I should not have been surprised. There always seemed to be the smell of cigarette smoke whenever we walked outside in France.

We headed over to Disney Studios. We did not ride much there either. We waited in line for 40 minutes to see the Frozen musical (La Reine des Neiges). It was for kids. It was done in English and French. There was no translation necessary. The dialog and acting was cleverly crafted such that if you only spoke one of the languages, you could understand the other language by context. Of course, I had fun trying to see how much of the French dialog I understood. There are no seats in the venue. The audience walks from one theater to the next to view the different scenes.

Immediately after the show, we hurried back to the Disneyland Park to get a good spot for viewing the 4:30 PM parade. The parade did not disappoint with thumping music, glittery floats, characters, and even a fire-breathing dragon float.

The parade finished up around 5 PM which was an hour before closing. Having only eaten a McDonalds croissant at 8 AM and a donut at a Disney cafe around 10:30 AM, my body was overdue for some protein. Traci and I walked further into the park in hopes of finding some good food. This turned out to be a disappointment because the restaurants were closed in preparation for the closing fireworks show. The park employees were now roping off sections of the park and directing visitors to the perimeters. Traci and I eventually made it to Main Street where we waited in line for 40 minutes to get croque Monsieur sandwiches (grilled ham & cheese sandwich). Ham & cheese seemed to be our go-to meal during this France trip. They were very good but we had to eat them on-the-go because the firework show was starting. The show, which is called the Disney Illuminations Show, was awesome! There were projections onto the castle. Music and dialog played through the speakers. Fireworks exploded over the castle. Lasers made grid patterns overhead. The fountains shot water into the air in sync with the rest of the show. The whole experience was a wonderful treat after having spent 8 hours walking around the cold, damp park. 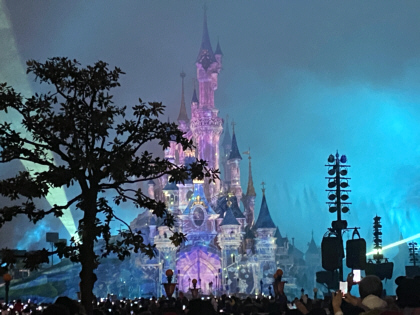 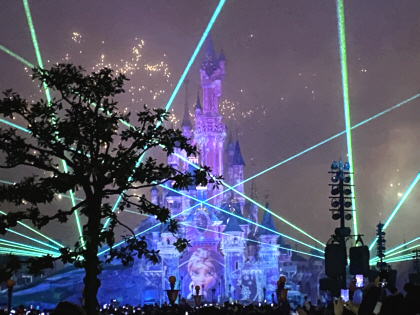 The show lasted around 20 minutes which meant we had 25 minutes to make it to the bus. We inched along following the crowd and the exit signs. Oh no! We began to panic when we realized we came out the wrong exit! I asked some soldiers carrying machine guns how to get to the bus parking lot (Yes, there were even armed soldiers at Disney). They had no clue until I remembered we entered near the train station. We were told we needed to enter the park again and leave through the other exit. This did not put us at ease because we had to go through security to re-enter the park and time was ticking. We were able to find the correct exit and make the long walk/jog to the bus. Fortunately, the bus waited a half-hour longer than the time we were told we needed to board. There were other stragglers who arrived after Traci and me. I guess they might have made the same mistake as us.

Traci and I needed to be up really early for our shuttle to the airport for our 10 AM flight home. Our travel documents indicated Parishuttle would pick us up 4 hours before our flight. I had the hotel reception try for two days to confirm our shuttle pick-up by phone but they were never able to get through to a live person. They were finally able to get through on the morning of our departure only to find out that Parishuttle had the wrong information for us. They thought they were supposed to pick us up the previous day from our former hotel. They informed us that no one would be picking us up that morning. Ugh! Therefore, we were forced to get an Uber to go to the airport.

Our flight home was on Aer Lingus which meant we had to change planes in Dublin, Ireland. The employees in the Dublin airport were so welcoming and friendly. As we exited the plane in Dublin, there was a lady inviting us to sample Irish whiskeys. Traci and I tasted one of them and decided it is an acquired taste. Blah!

Our 7-hour flight between Dublin and Washington Dulles seemed to go on forever. It was comfortable until we were coming in for our landing at Dulles. It was a windy day which caused enough turbulence to make me feel queasy from motion sickness. The huge plane was wobbling right up until touch down. It felt like each set of tires hit the runway independently. Despite the landing jolts, everything was fine.

Since none of our friends were available to pick us up from the airport during their workday, we had to Uber it home. Because we had used Uber so much in France, I almost greeted our driver with a "Bonjour" instead of "Hello".

What a wonderful trip. We are so grateful to Kelli for inviting us to celebrate her 50th birthday in Paris. We will never forget the awesome adventures we had. Main Page... 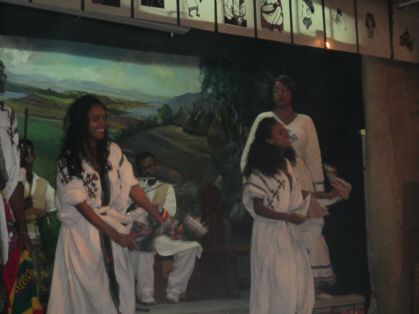 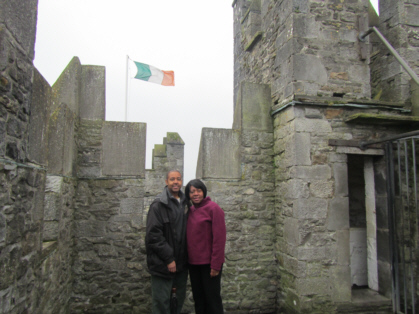 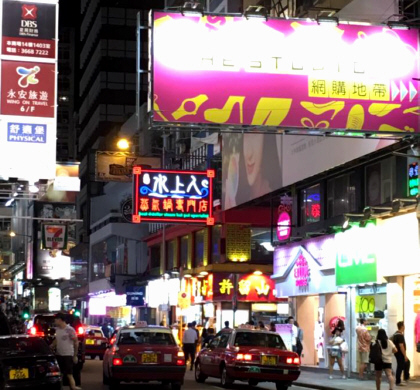