Our motor coach to the airport wasn't scheduled to leave the hotel until 1:30 p.m., therefore, we had the morning to explore the city on our own. Traci and I were determined not to blow this opportunity like we did on Friday when we arrived. We asked the lady at the front desk how to get to the Kringlan Mall. She told us we could take the bus, a taxi, or walk. She said it was a 15 to 20 minute walk from the hotel. It was a sunny day and very little wind, so we decided to walk. It turned out to be a half hour walk mainly uphill with a strong head wind that seemed to come from out of nowhere.

We got to the mall shortly after it opened at 10 a.m.. The Kringlan Mall is a three level shopping mall that looks like any other mall you would go to in the U.S.. There is even a Hard Rock Cafe there. Traci and I walked around there for about an hour or so and then took a bus to the center of town. 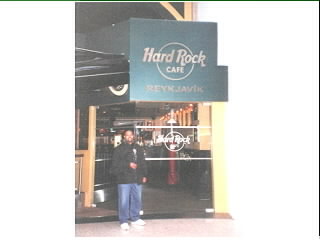 We were trying to see as much as we could before we had to be back at the hotel. The section of town we were in was obviously the tourist section. There were many souvenir shops, currency exchange places, and restaurants. After about 45 minutes we caught a bus back to our hotel and then boarded the motor coach to the airport. Good-bye, Reykjavik.

We had a 5 p.m. flight from Iceland to Baltimore. Once again, that Icelandic wind started up. To my surprise it was strong enough to cause the 757 jet we were in to rock from side to side as we waited to taxi to the runway. Despite the wind, we had a smooth take off and a smooth flight to Baltimore.

The highlight of the flight was when we flew over Greenland. It was a clear day and the scenery was breathtaking. The whole place seemed to be covered in snow. The snow was as high as some of the mountains. There were glaciers, fjords, and icebergs. It is hard to believe people actually live there. (UPDATE: This inspired me to visit Greenland. Here is the Greenland Trip Report).

We eventually, left the airspace over Greenland and headed out over the North Atlantic towards Canada. As we approached the coast of northern Canada, we were treated to more dramatic scenery. Below us were miles and miles of drift ice. It looked like broken porcelan floating on the water.

Greenland From The Air 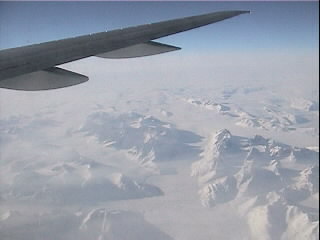 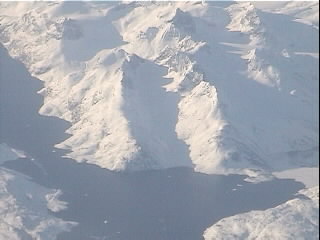 Northern Canada From The Air 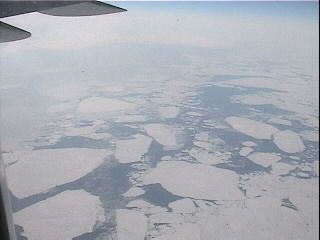 drift ice off the coast of northern Canada

The rest of the flight was uneventful. We landed in Baltimore to 60 degree weather and boarded the motor coach back to Pennsylvania. I never in my life thought I would travel to Iceland; however, I'm glad I did. We had a great time. Main Page... 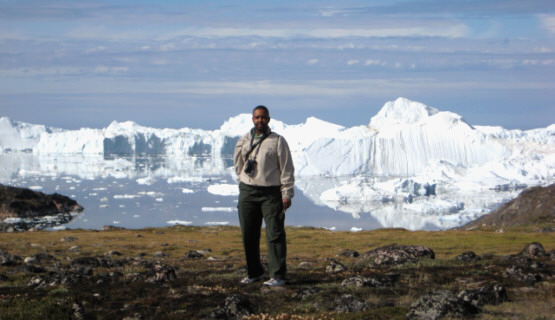 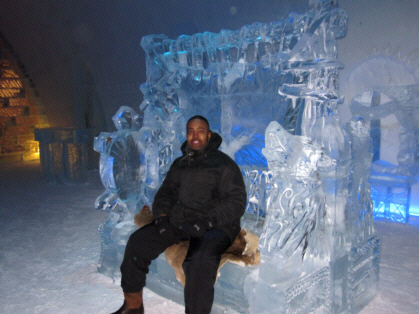 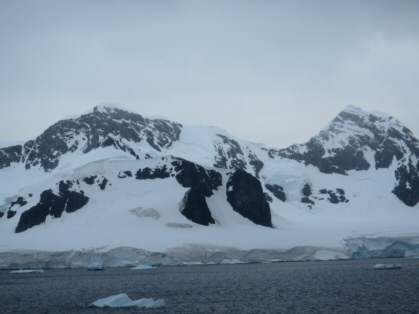