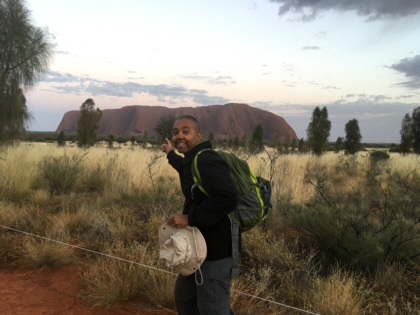 Traci and I finally visited our 7th continent - Australia! This 2-week whirlwind trip to Australia not only allowed us to do sightseeing in the big cities of Sydney and Melbourne, but we also spent time in the Outback and in Cairns where we did excursions to see the Great Barrier Reef and the Kuranda Rainforest. We timed our Australia trip so that Traci could run the Sydney Half Marathon (13.1 miles) thus adding continent number four to her quest to run a half marathon on all seven continents.

Here is our itinerary: